“Friday is our Sunday,” says Faruk. He has just finished his prayer at the Şehitlik mosque in Neukölln, and we are waiting for the hundreds of other followers to leave.
Faruk explains: “As is the custom, they offer free food for the needy after the service.”
Women with headscarves, senior gentlemen hugging as they say goodbye. Young men in leather jackets smoking cigarettes, holding in their hand the free food of today: kebab. For a Turkish-German muslim community in Berlin, this feels almost too much clichéd.
Faruk certainly appears to fit this scene. And then again he does not.
With his grandparents’ generation migrating from Turkey to Germany, he is now 24, a practising Muslim, and a married man. Simultaneously, he was selected for one of Germany’s most selective scholarships and is now an active member of the German Christian Democratic Union.

Faruk invites us to a fast introduction in Muslim faith. It completes his worldly life, he says: “This is not about cognition. This is about feelings. And there are more important things than the ban on alcohol and pork.”
Now that the service is over, we realize we’re not the only visitors to the mosque. But we are some of the few who don’t take selfies. Granted, it is an incredibly beautiful building with only a calling muezzin missing to complete the scene.
“They are not allowed,” says Faruk. “German noise protection order.”
Practically every part of the prayer room has some ritual relevance. Niches, paintings, pulpit, floor. And in the middle of the cupola there is a giant chandelier, forged from metal characters.
“What is the meaning of this?” Carla asks, expecting an Arabic term.
“Oh, this? This is a chandelier,” Faruk says.

We had to postpone the interview several times, as Faruk is a very busy man. When we are finally sitting in the U‑Bahn together he shows us his latest acquisition: an smartphone app to improve his sleep efficiency.
“I don’t know. Somehow, sleeping isn’t my favourite activity.” And, does it work? “This app? It doesn’t work, at all.”

Time efficiency is needed. One and a half years ago he joined the Christian Democratic Union—now he’s just been elected as a member on the local board.
“I had a look at both catch-all parties in Germany, and somehow I liked the CDU best. I like the ‘C’ in there. It shows you that there are special values at play. And after all, there is great potential in their education policy.”
To put it mildly, he makes sharp observations.

Education is his topic—and his bachelor’s major. So we accompany him to the presentation of a study on German education policy.
It takes place at the Heinrich Böll Foundation, affiliated with the German Green Party.
“I really like the Böll Foundation, they are doing great work,” says Faruk.
And the CDU? He smiles: “Well, on second though—you’d better not write this.”
The presentation begins; we might have been the youngest people in the room.
“30 percent of the German students have only basic computer skills,” says the author of the study. Faruk is stunned: “I have to put that on Twitter.”
Then, looking at the grey hair all around, he grins: “But that is something you guys know nothing about.”
Bad computer skills correlate strongly with a migration background, the study finds. And suddenly, everybody starts talking about “migration pedagogics.”
“Migration pedagogics?” Faruk shakes his head. “What a stupid term.” 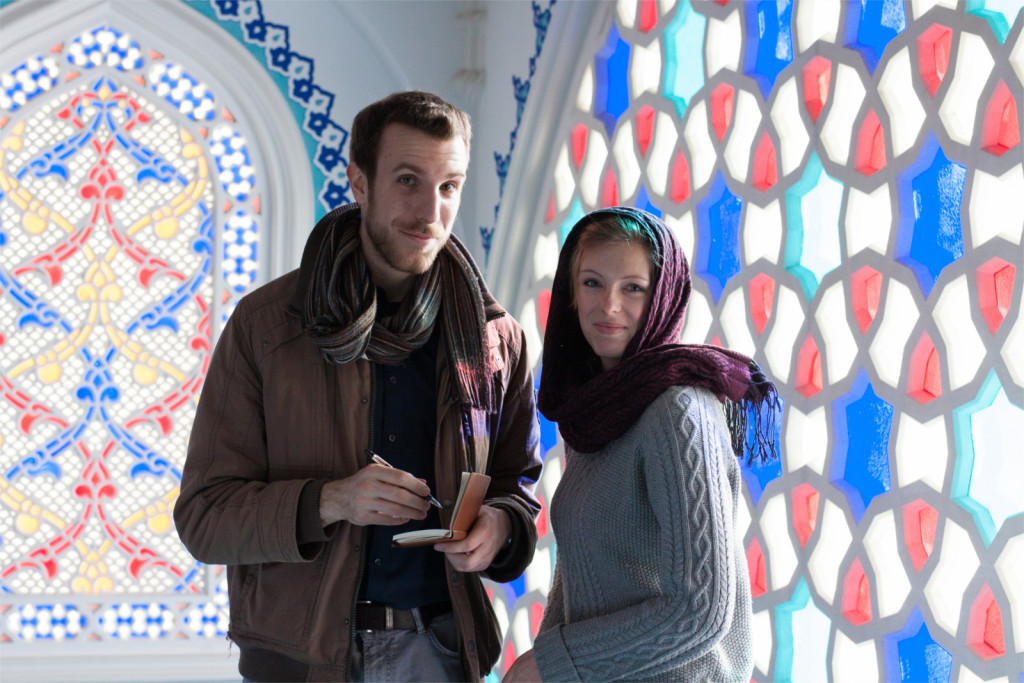 Faruk has studied Educational Science in Berlin and founded several NGOs in the area of education and educational justice in the German school system. One of them, the Forum of Muslim Scholarship Fellows, was one of the first in Germany that focused especially on young Muslim talents. He is beneficiary of the German National Merit Foundation. Further, he served as project manager for the Mercator Capacity Building Center for Leadership & Advocacy and is board member of the CDU Moabit. Turkish and German are his first languages, English is his second. Besides, he has directed several TV ads and short movies.